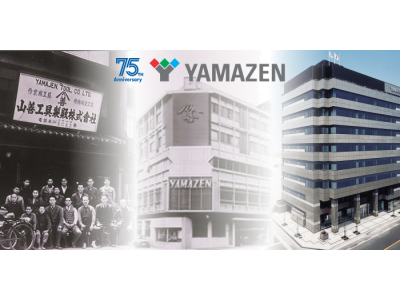 In this year 2022, Yamazen Corporation Japan celebrates its 75th anniversary. We will take this opportunity within the coming months to present you more about the history of Yamazen corporation; its beginnings, progress and present state, as well as the evolution of its business and philosophy.

Name change and listing on the Osaka Stock Exchange:

Upon the company's 10th anniversary, Yamazen has become one of the 5 largest machine tool distribution companies. In addition to this, Yamazen has expanded its reach with new offices, a new organizational structure, and a broader product line. For its 15th anniversary, in 1962, Yamazen was listed on the Osaka Stock Exchange, and the following year, on the Tokyo Stock Exchange.

In 1965 Yamazen fully enters the domestic market with the sale of equipment such as heaters, air conditioners and kitchen sinks through a new division "Domestic Housing Equipment", which would become the "Construction Materials Division".  In addition, Yamazen began to observe the potential of the market in the United States and Canada, so it decided to open an office in Chicago in April 1963, which became a subsidiary in 1967, an then becoming the basis for Yamazen's expansion to foreign countries. It is also within this decade that the division of Overseas Department is established.

Listing on the first list of the Tokyo Stock Exchange and change of name:

As a result of the aggressive corporate expansion from the 1960s, by 1970 Yamazen was listed on the first section of the Tokyo and Osaka Stock Exchanges, and the decision was made to change the name to “Yamazen Corporation” to better reflect the diversification. of products and businesses offered, especially within the domestic department with new propositions in medical and housing products, as well as venturing into real estate and construction in the growing Japanese domestic environment. Unfortunately, during the oil crisis of 1976, Japan entered a severe recession that forced Yamazen out of the real estate market and a drastic reorganization that allowed it to invest more in the domestic local market and the implementation of its "Domestic Products Department" in 1978. 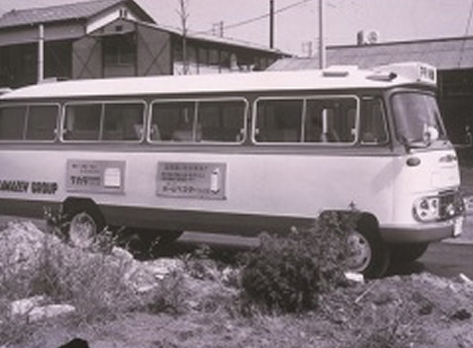 By the end of the 1970s and during the 1980s, Yamazen implements a growth plan that includes the restructure of its commercial area, which begins its international expansion with the European Operations office in Germany in 1978, along with a new visual identity, creating the company's current logo in April 1991. In the 90's, around the company's 50th anniversary, the company's management philosophy is also updated. It is also in this decade of international consolidation with the opening of offices in Thailand (1989), Malaysia and Singapore (1990), Taiwan (1991), India (1996), Hong Kong (1997) and Korea (1999). It is also in this decade, in 1991 that the founder, Takeo Yamamoto, passed away.

Yamazen begins to use information technologies to expand its business capabilities, and in 2006 establishes PROCUEbyNET Corporation in a joint venture with NICHIDEN, as an online site for transactions and support between companies within the production equipment sector. This site allows for a single point of purchase for a wide variety of products for commercial companies. It is estimated that they handle the largest number of products within Japan, around 7.7 million. It also begins to promote environmentally friendly technologies through its "Green Ball Project" in 2008. During this decade, offices in Shanghai (2002), Indonesia (2004), Shenzhen (2005) and Vietnam (2010) are opened.

Currently, Yamazen Corporation encompasses a wide variety of offers, although its main business is still the commercialization of industrial products, machine tools, construction products and household products, with a direct presence in 15 countries and more than 3,000 direct employees worldwide. world.

This year we will have events related to Yamazen's 75th anniversary, so we invite you to sign up for our newsletter to keep up to date with our announcements.

Finally, we want to thank you for sharing this effort with us and we hope to continue helping you in your processes and business.

On behalf of the entire Yamazen team worldwide: Thank you very much!

Keep up to date with the latest news.